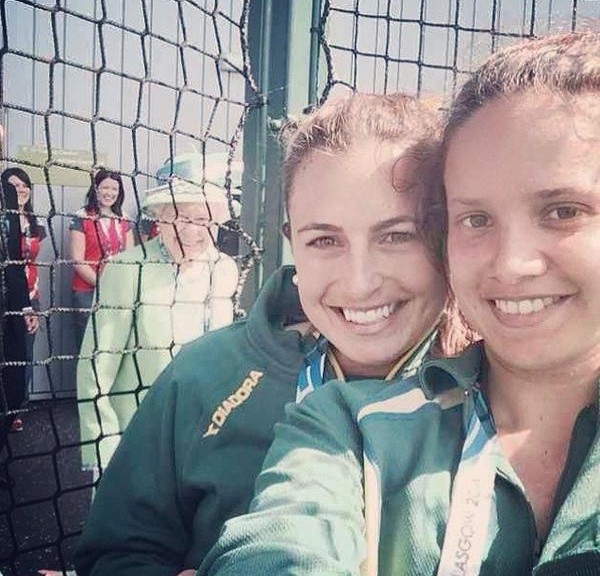 As the second day (night) of competition at the Glasgow Commonwealth Games gets rolling we’ve already seen some incredible performances.  It started on the first night in the Sir Chris Hoy Velodrome with Australia’s flag bearer, the magnificent sprint cyclist Anna Mears, winning Gold in the Women’s 500m time trial in a performance that long time arch rival England’s Victoria Pendleton described as ‘perfect’.  It was Mears 3rd straight Comm Games gold in the event and her 5th overall, moving her one gold ahead of her childhood hero Kathy Watt.  She beat compatriot and roommate Steph Morton into silver.

That fantastic performance was followed by another, with the Aussie men’s 4000m team pursuit’ers also winning Gold by smashing an English opponent featuring one of the finest all-around cyclists of all time in Sir Bradley Wiggins.  Wiggo has enjoyed tormenting the Aussies over the years somewhat ironically given his Dad is Australian, but Jack Bobridge and his teammates in green and gold made Sir Brad look, dare we say it ordinary, such was their dominance.

Out on the road the Poms would have their own glory, winning both the mens and womens triathlons – the Mens in equally as dominant fashion when two of the best athletes in the world, who just happen to be brothers, blew their opponents off the course.  The Brownlee brothers, with gold going to Alistair and silver to Jonathon, are incredible to watch in full flight.

There were any number of highlights from the first night in the pool, but the performance of the Australian Women’s 4x100m Freestyle relay team breaking the Dutch held World Record was perhaps the highest of them.  The Dutch set that record wearing the now banned body suits that acted like propellers, and the Aussies didn’t just beat their long held mark, they destroyed it.  All 4 of the Aussie girls have fantastic stories of their own – the Campbell sisters Cate and Bronte like the Brownlee boys must have had some interesting tussles over the years, Melanie Schlanger had to beat out 3 other girls including a couple of Olympic Gold Medalists in the morning heat swim just to get her spot and Emma McKeon was in her 3rd or 4th race of the day having already won a Gold Medal of her own in the 200m freestyle.
The record was spine tingling, the reaction from the girls fantastic to watch.

All of that was on the first day, yet bizarrely you still don’t have to go far to hear someone talking down about the Commonwealth Games.

One of my earliest lasting memories of watching sport comes perhaps surprisingly from the last Commonwealth Games to be held in Scotland, Edinburgh’s 1986 version.  I was in the early years of primary school and had conveniently fallen ill during the games with a cold, meaning I could spend a couple of days and early evenings in my parents bed watching the limited coverage on their little TV, while scanning the papers (no internet of course) the next day for the results not included in the TV packages.

Again perhaps surprisingly my biggest takeaway from the Games wasn’t the swimming, the cycling or even the 100m sprint – it was the long jump.
Sadly I can no longer jump over a jam tin, but for many years whenever school athletics carnivals would roll around I’d imagine myself as Gary Honey who won the Gold Medal in that long jump, or more often my personal favorite from the event David Culbert, who would go on to medal at a couple of later games but was the exciting young up and comer in Edinburgh who had just come off the World Junior Championships.  I think that was what drew me to him at the time, as his actual performance from memory wasn’t, well, all that memorable.

That’s the thing about the Commonwealth Games in particular though, they are so often the International launching pad for young athletes who go on to achieve greatness at Commonwealth, Olympic and sometimes professional level.  Who can forget watching a young Cathy Freeman making her mark 4 years later in the Auckland Games, or a 15 year old Ian Thorpe winning 4 Gold in Kuala Lumpur.  Can’t help but wonder if we saw the start of something similar with Emma McKeon last night.

My own athletic ability was never at a level that allowed those Commonwealth Games athletes I idolized as a kid to inspire me to great athletic deeds of my own, but many others have.  As a sports fan there is little I enjoy more than big multi-sport events where I get to cheer for my country over a couple of weeks, and when one considers the rich history of the Commonwealth Games it’s hard to imagine the justification for those who seem to pot it every 4 years.

Over the next week or two we’ll get to see some of the world’s finest cyclists, swimmers, runners, jumpers, netballers, bowlers, fighters and much more in action every day, and if the first day is anything to go by it will be compelling viewing.  So the next time we hear someone bagging the Games as irrelevant we’ll politely remind them that some of us look forward to them coming around between every Olympics.

Where else can you see the Queen give a smiling photobomb behind a couple of Aussie hockey players after all?  If she’s enjoying herself that much…