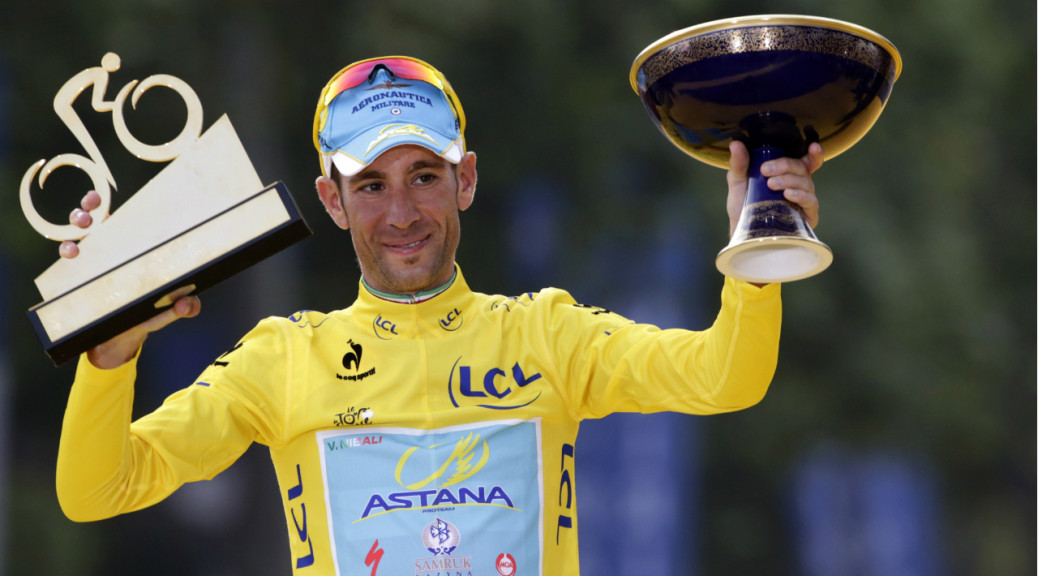 Unfortunately for the world’s biggest cycling race and the enormous audience it attracts both on the roadside and around the globe via television screens it robbed the race of what was shaping as an epic battle between 3 truly great Grand Tour riders, even if the lack of a genuine contender on a couple of big teams did make for some very exciting and attacking racing from at least one of them.

With Contador eventually succumbing to his nasty leg injury sustained in a close to 80 kph crash – though not until he magnificently picked up his bike, taped up his knee and climbed about 10 kilometers up a mountain with a broken leg – two of his key lieutenants on Tinkoff-Saxo in Australian Michael Rogers and Pol Rafał Majka were released to chase individual glories, very successfully as it turned out.
Rogers added a stage win in the Tour to the two Giro d’ Italia stages he took in May, while Majka went on the attack for two stage wins himself and would finish up winning the polka dot jersey as the King of the Mountains, and so disaster was averted for Tinkoff and what looked a write-off became a very successful Tour.

Team Sky however was never able to recover from the loss of Froome, the man they were all sent to the race to protect.  Sky has won the past two tours through Froome and Sir Bradley Wiggins, but with Froome’s ill fated defense of the race and Wiggins riding the boards at the Glasgow Commonwealth Games after being controversially left off Sky’s TDF roster this would prove a disappointing race in a somewhat disappointing season for the team widely acknowledged as the biggest in the sport.
There was a brief moment after Froome’s withdrawal where Tasmanian Richie Porte looked like challenging to the be the third different Team Sky rider in 3 years to win the Tour, but sadly for Porte that dream passed as quickly as it had appeared, a chest infection dulling his usually strong climbing legs (or more importantly in this case lungs) and relegating him to a still very respectable 23rd overall by the time the race finished in Paris.  Porte is a fighter so refused to give in and retire from the race as many would have in his shoes, but sadly we are left to wonder what might have been for the Aussie ‘super domestique’.

Indeed this race will be remembered by many almost as much for who wasn’t there or didn’t finish as it will be for the result.  The withdrawal of Contador and Froome may not have been quite so keenly felt in other years, but when added to the decisions of Nairo Quintana, Rigoberto Uran and 2011 TDF winner Cadel Evans to focus on the Giro d’ Italia this year and so not make the starting line in England, 2012 TDF winner Wiggins being left at home by his team, and the inability of Lotto-Belisol leader Jurgen Van den Broek, Movistar leader Alejandro Valverde and BMC leader in Evans’ absence Tejay Van Garderan to challenge Nibali at all in the high mountains it led to a very predictable outcome in the General Classification, albeit a very impressive one for Nibali.
2010 winner Andy Schleck was also forced to retire after a crash on Stage 3, though his form meant he was unlikely to challenge for the overall race win this year, while likely top 10 finisher Garmin Sharp’s Andrew Talansky was another forced to abandon after crashing heavily.

Nibali is an extremely worthy winner and may well have won the race with everyone present and healthy, but his gap of more than 7 minutes to fellow podium place getters Frenchmen Jean Christophe Péraud and Thibaut Pinot already has us looking forward to next years edition of the great race.

The performances of Péraud and Pinot along with countryman and winner of the ‘best young rider’ white jersey Romain Bardet who finished 6th overall shouldn’t be overlooked, this was the finest edition of its home race French cycling has enjoyed in a very long time.
Whilst Péraud is coming towards the end of a short but impressive road career after moving across some years ago from mountain biking Pinot and Bardet are both young riders, and combined with Europcar team leader Pierre Rolland and several other high class riders the future for French Cycling looks very bright indeed.

BMC, like Team Sky, had a quiet race for such a big team, though theirs was spent largely as an experience gathering exercise for young American leader Van Garderen.  Finishing 5th in his first Grand Tour as leader is a strong result for Van Garderen, though the team would have likely hoped that he’d be able to stay a bit closer to Nibali in the mountains and finish a little closer to him in Paris than the eventual 11 and a half minute margin. That margin behind the leader would have seen the 25 year old finish 17th in last years edition of the race, highlighting the gap in class between Nibali and his remaining competitors this year.
BMC indeed might be asking some ‘what if’ questions of its own after choosing not to take Evans to the race he won 3 years ago, particularly given Nibali’s grinding climbing style would likely have suited the gritty Aussie far more than chasing the explosive styles of Froome and Quintana did in last year’s edition.

Slovak Peter Sagan of Cannondale won the Green Jersey for the most consistent sprinter in the race for the 3rd year in succession but wasn’t able to nab a stage win, unlike the most impressive genuine fast man in the race in German Marcel Kittel who won 4 for Giant Shimano.

Indeed the sprint stages were robbed of their own star with the withdrawal after crashing of Mark Cavendish, who managed to take down Australian Simon Gerrans within sight of the finish line on stage 1.

That crash marked the start of a difficult tour for Australian Team Orica GreenEDGE, who weren’t able to repeat the impressive results achieved at the 2013 Tour or this years Giro.  The last minute withdrawal of Michael Matthews after a crash in training on the eve of the race robbed the team of probably its strongest sprint chance, while they chose not to take high priced sprinter Matthew Goss who finds himself somewhat in the wilderness after being the fledgling team’s star signing just a couple of years ago.
Breakaway specialist Gerrans never fully recovered from the injuries sustained in that stage 1 crash with Cavendish and was forced out of the race before Paris, leaving OGE chasing breakaway wins that never came its way – though it wasn’t through lack of trying.

And so we look forward to this years Vuelta a España with perhaps a bit more anticipation than usual, given it will likely contain most or all of Froome, Evans, Quintana, Uran, Valverde, Samuel Sánchez, Joaquim Rodríguez and defending champion American Chris Horner among others.  The Vuelta is closely followed this year by the World Championships also in Spain which appear to be at least Evans’ main aim, and so the caravan rolls on and focus shifts quickly – but not before plenty of Champagne and celebration for Team Astana and its new Tour de France champion Nibali.